Here is a trivia for you…

Which is the most commonly used noun in the English language?

Many Oxford  University scholars pouring over a wide range of  reading material and  came up with the conclusion,

“Look at situations from all angles, and you will become more open” -Dalai Lama-

Side view of a bee, carrying pollen on his foot

Is it why that the Beauty is said to  be in the eye of the beholder?

In response to The Daily Post’s weekly photo challenge: “From Every Angle.”

Respect is something you earn,

You cannot beg, borrow or steal it.

It is a process of  right doings

A young life was abruptly taken away at the age of 18. A freak accident plucked the young university student from his parents, relatives and his friends.

The pain of agony was felt at his funeral service. There was not a single dry eye at the service. His family and his friends gave him a glorious send-off.

On behalf of the young spirit I like to share a poem attributed by an unknown author.

Don’t grieve for me for now I’m free!

I’m following the path God laid for me.

I took his hand when I heard Him call,

I turned my back and left it all.

I could not stay another day

To laugh, to love, to work or play.

I found peace at close of day.

If my parting has left a void

Then fill it with remembered joy!

A love shared, a laugh, a kiss

Ah yes! These things I too will miss.

Be not burdened with times of sorrow,

I wish you the sunshine of tomorrow

My life’s been full, I’ve savoured much,

Perhaps my time seemed all too brief,

St. Peter was on extended leave so a minor saint was left in charge of the Pearly gates.

The Saint was  ordered to get proof of identity before letting anyone into heaven.

First up was Beethoven.

So Beethoven played a few bars of his Fifth Symphony and he was admitted.

Next up was Albert Einstein.

So  Einstein explained the  theory of relativity and he was admitted.

Next up was George Bush

” But I am George Bush, former President of the United States of America.”

“Sorry, everyone needs proof. Even Beethoven and Einstein needed proof.”

(Modified from  “The Mammoth Book of Jokes )

The above  shot  was taken  two years ago at  Keerimalai – Kerni  (hot springs), Jaffna, Sri Lanka.

The  hot spring pool  is a  very well known historical site in Jaffna. The springs are separated for each gender and this picture  captures the open-men-well area. The picture shows a typical day at the hot springs when public enjoys a dip.

The  wall adjacent to the ocean was open until Tsunami in 2004. Unfortunately Tsunami waves took away few lives while they were bathing in this pool. Since then the a wall has been added as a safety measure (beige colour wall)

“You must not lose faith in humanity.

Humanity is an ocean.,

If a few drops of the ocean are  dirty,

the ocean does not become dirty

This photo is an entry for the daily post photo challenge:

The mountain does not speak ill of the river just because it is high and mighty.

Nor does the river scorn the mountain just because it moves swiftly and gracefully.

They both are great in their own way. 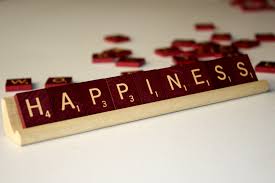 “I hate race discrimination most intensely

and all its manifestations. I have faught it

all during my life: I fight it now, and will do

so until the end of my days”

Modern South Africa has lost his father. The international symbol of the world, admired by young & old, blacks & white has left this earth for a better place.

Nelson  Rolihlahla Mandela born as a tribal prince, who lost his freedom to fight for the freedom of others. Faught for the  freedom of the black South Africans against the  anti apartheid government of that time and jailed  for treason for 27 1/2 years (1964 – 1990) in the notorious  prison Robben Island.

Won a Nobel Peace prize in 1993 (shared with de Klerk) and became the first democratically elected black President of  the modern South Africa in 1994.  He had the great ability to bridge the gap between the blacks and whites of the Modern South Africa. He also  became an advocate  for fighting against Aids .

I have re-blogged the  article which I  wrote on this blog in June 2013 while he was admitted at the hospital.

Finally Heaven has got ready to accept the great leader of earth.

There are only a handful of  men & women on this earth who became the Masters of the situation and sacrificed their whole lives for the good will of fellow human beings.

While I type, the nonagenarian  Nelson Mandela of South Africa  is fighting  for  his life in a hospital.

“Education is the most powerful weapon

which you can use to change the World”

“After climbing a great hill, one only finds that

there are many more hills to climb.”

“If you want to make peace with your enemy,

you have to work with your enemy. Then he

“A good head and a good heart are