The people who migrated to the Indian peninsula were the Negroids and the Australites. These people spread to the various parts of India. During the duration of the Indus valley civilization which was purely an Indian development these people were joined by the long head fair skinned east Mediterranean people. The Nagas occupied the Nabada region of the Indus civilization. The Kuru – Panchalas who were expanding drove the Yadavas out of Sourasena. The Yadavas in turn drove the Nagas from the Nabada region and created the Yadava Boja states of western India. The Nagas moved south and settled in the Malabar and the Coromandel coast of south India. The Nagas brought about a great deal of development including the bringing south of the north Dravida dialect Centamil which became the standard language of the Tamils.

When insults had class….

‘He has all the virtues I dislike
and none of the vices I admire.’   — Winston Churchill –

‘I have never killed a man,

but I have read many obituaries with great pleasure.’
— Clarence Darrow—

‘He has never been known to use a word
that might send a reader to the dictionary.’
— William Faulkner about Ernest Hemingway –

‘I’ve had a perfectly wonderful evening.
But this wasn’t it.’  — Groucho Marx –

‘He has no enemies,
but is intensely disliked by his friends.’   — Oscar Wilde–

‘I am enclosing two tickets to the first night of my new play;
bring a friend…If you have one.’
— George Bernard Shaw to Winston Churchill —

‘Cannot possibly attend first night, will attend second, if there is one.’

‘I feel so miserable without you;

‘He is a self-made man  and worships his creator.’   — John Bright–

‘I’ve just learned about his illness.

‘He is not only dull himself;

he is the cause of dullness in others.’ — Samuel Johnson –

‘He had delusions of adequacy.’ — Walter Kerr—

‘Why do you sit there

looking like an envelope
without any address on it?’ — Mark Twain—

‘His mother should have thrown him away  and kept the stork.

‘Some cause happiness wherever they go;
others, whenever they go.’  — Oscar Wilde—

‘Winston, if you were my husband, I would poison your coffee!

‘Lady Astor to Winston Churchill at a Dinner Party,

‘Madam, if I were your husband, I would gladly drink it!’

‘He is simply a shiver looking for a spine to run up.’
– Paul Keating – ( Former Australian Prime Minister)

It is not Friday yet , but I could not  go pass this  video without sharing with you all . Have a  good laugh as I did.

A man was driving when he saw the flash of a traffic camera.

He figured out  that his picture had been taken for exceeding the limit, even though he knew that he was not speeding.

Just to be sure, he went around the block and passed the same spot, driving even more slowly,

but again the camera flashed.

Now he began to think that this was quite funny, so he drove even slower as he passed the area

again, but the traffic camera again flashed. He tried a fourth time with the same result..

He did this a fifth time and was now laughing when the camera flashed as he rolled past, this

time at a snail’s pace.

Two weeks later, he got five tickets in the mail for driving without a seat belt. 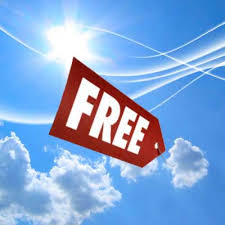 A guy bought a new fridge for his house.

To get rid of his old fridge, he put it  in his front yard and hung a sign on it saying:

For three days the fridge sat there without anyone looking twice.

He eventually decided that people were too mistrustful of this deal, so he changed the sign to read:

The next day someone stole it!

Some of my favourite entries:

1. The fox and the crow from Aesop’s fable