A little girl asked her mother, “Mum, may I take the dog for a walk around the block?”

“What’s that mean?” asked the child.

“Go ask your father, I think he’s in the garage.”

The little girl goes to the garage and says, “Dad, may I take Belle for a walk around the block? I asked Mum, but she said the dog was on heat, and to come to you.”

He took a rag, soaked it with petrol, and scrubbed the dog’s backside with it and said, “Okay, that should take care of that problem.

You can go now, but keep Belle on the leash and only go one time around the block.”

The little girl left, and returned a few minutes later but with no dog on the leash.

The little girl said, “She ran out of petrol about halfway around the block, so another dog is pushing her home. “

Here is a photo captured by an Aus-Lankan while touring in Sri Lanka. One of the infants of the monkey is enjoying a drink from his mum while the other is having a cuddle.

Daljit Raj Chelliah a keen photographer captured this moment at the top of the cave- temple hills of Dambulla (தம்புளை) located in the Central Province of Sri Lanka.

The cave temple is archeologically conspicuous land mark of Sri Lanka  whose inhabitants dates back to the third Century BC.  During 10 -12 CE Dambulla was ruled by the Viceroy of Raja-Raja Cholan of Tamil Nadu.

Every time when you open a new tab on Google, a new animal popping up among the birds. I was able to capture 3 of them (see below)

Turtles as l on Google

An Ostrich waiting for his morsel! 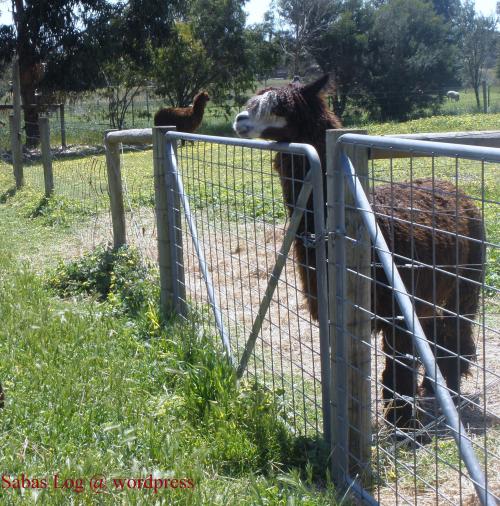 An alpaca at the fence

An alpaca enjoying a piece of carrot 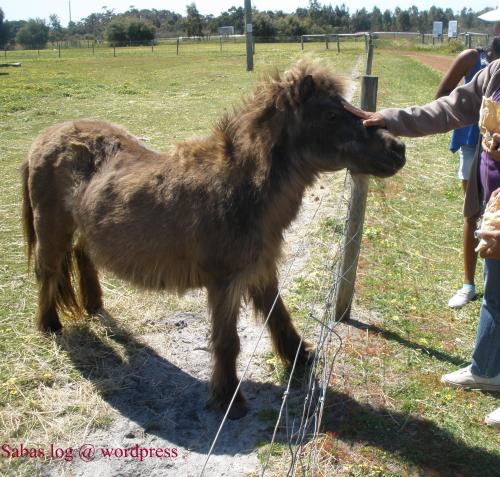 The above photos were taken at an animal farm in the South West region of Western Australia. Please note that none of the above animals are not native to Australia and were introduced after the colonisation.

The animals were well kept in large paddicks and were very friendly.

In response to The Daily Post’s weekly photo challenge: “Boundaries.”

Hello! How are you?

Check this  child’s amazing talent at this tender age!

This is a story of a happily married couple for many years.

The only problem in their marriage was the husband’s habit of ritual flatulence.

Every morning when he awoke, the “noisy whirlwind of his bowels” wake his wife and the stench would make her eyes water and make her gasp for air.

Every morning she would plead with him to stop ripping them off because it was making her sick.

He told her he couldn’t stop it and that it was perfectly natural.

She asked him to see a doctor: she was concerned that one day he would blow his guts out.

The years went by and he continued to blare them out.

Then one Christmas morning, as the wife was preparing the turkey and the husband was upstairs sound asleep.

she looked at the innards, neck, gizzard, liver and all the spare parts, and a malicious thought came to her.

She took the bowl of internal parts of the turkey and went upstairs where her husband was sound asleep.

She gently pulled the bed covers back and quietly pulled back the elastic waistband of his underpants and emptied the bowl of turkey guts into his shorts.

Sometime later she heard her husband waken with his usual trumpeting which was followed by a blood curdling scream and the sound of frantic footsteps as he ran into the bath room.

The wife could hardly control herself as she rolled on the floor laughing, tears in her eyes! After years of torture she reckoned she had got him back pretty good.

An hour later, her husband came downstairs in his blood stained underpants with a look of horror on his face.

She bit her lip as she asked about the commotion upstairs.

He said, Honey you were right all these years you have warned me and I didn’t listen to you.

What do you mean? She asked.

Well, you always told me that one day I would end up blazing my guts out and today it finally happened, but by the grace of God, and some Vaseline and two fingers. I think I got most of them back in………

(An  e-mail joke – Laughter is the best medicine)

(I suppose we are closer to Friday than Monday!)

There were five houses of religion in a small town:

and The Jewish Synagogue.

Each church and house of prayer was overrun with pesky squirrels.

The Presbyterians called a meeting to decide what to do about the squirrels.

After much prayer and consideration they determined that the squirrels were predestined to be there and they shouldn’t interfere with God’s divine will.

In The BAPTIST CHURCH the squirrels had taken up habitation in the baptistery which is a tank for administering baptism by immersion.

The deacons met and decided to put a cover on the baptistery and drown the squirrels in it.

The squirrels escaped somehow and there were twice as many the next week.

The Methodist Church got together and decided that they were not in a position to harm any of God’s creation.

So, they humanely trapped the Squirrels and set them free a few miles outside of town.

Three days later…,  the squirrels were back.

The Catholic Church came up with the best and most effective solution.

They baptised the squirrels and registered them as members of the church.
Now they only see them on their weddings, children’s baptism, Christmas and Easter.

The Jewish Synagogue reverted back to old tradition.

…..they haven’t seen a squirrel on the property since.

(Arrived in my in- box.  Spare a thought for the original story teller)

As the American Air Force One lands at the Heathrow Airport, President of the United States strides to a warm and dignified reception from the Queen.
They are driven in a 1934 Bentley to the edge of central London, where they change to a magnificent 300 year old carriage driven by six white horses. They continue on, towards Buckingham Palace, waving to the thousands of cheering Britons; all is going well.

Suddenly, the right rear horse lets out the most horrendous earth shattering fart ever heard in the British Empire.

The smell is so atrocious that both passengers in the carriage has to  use handkerchiefs over their noses.

The incident shakes the coach, but, the two dignitaries of State do their best to ignore the incident. The Queen politely turns to President and says:

“Mr President, please accept my deepest regrets… I am sure you understand there are some things that even a Queen cannot control.”

The President, always trying to be “Presidential,” responded:

“Your Majesty, do not give the matter another thought… Until you mentioned it, I thought it was one of the horses.”

(Received as an e-mail)