What kind of  fish has two Sodium atoms?

Pick your brain for the next 24 hours.

” The grass withers and flower fades.

It is seasonal lasts for a very short time”

In response to The Daily Post’s weekly photo challenge: “Ephemeral.”

Tomorrow will be the finals between Australia and New Zealand, a trans-Tasman battle will be held at the Melbourne Cricket grounds (MCG).

Google has depicted the world cup today on their doodle. (see below) 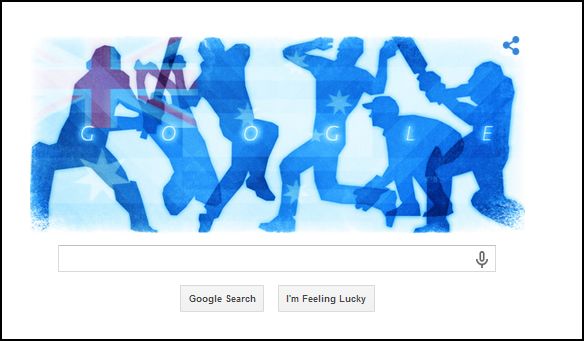 When it comes to cricket, the  rivalry between the brothers is well known especially by the under arm delivery  that occurred  35 years ago (1981) at the  MCG .

Ex New Zealand  cricket captain Martin Crowe  has indicated that tomorrow’s match may be his last to watch since he is battling with cancer.

The four time champions Australia (1987,1999,2003, 2007) would like to win the cup in front of their home crowd, while  the  cup will be  the first time for the black caps. If the Kiwis win the cup it will be a big boost for the  island nation who has been battling with earthquakes for the last few years.

I vividly remember the  time when Sri Lanka won the cup for the first time in 1996 and the sweet memory lingers as if it happened just a few days ago. There is no doubt that   I will be barracking for the Kiwis for tomorrow.

Go Kiwi!! Win the cup for your nation!!

Brightly coloured fresh flower garlands take an important place in Hindu Culture. whether  a happy or sad occasion, flowers take the central role in the ritual. At temples  or at  weddings, vibrant fresh flower garlands looks magnificent . In my ” Travel – Trails”  I have clicked this flower stall  at Pondicherry  (Puducheri) town in  South India. 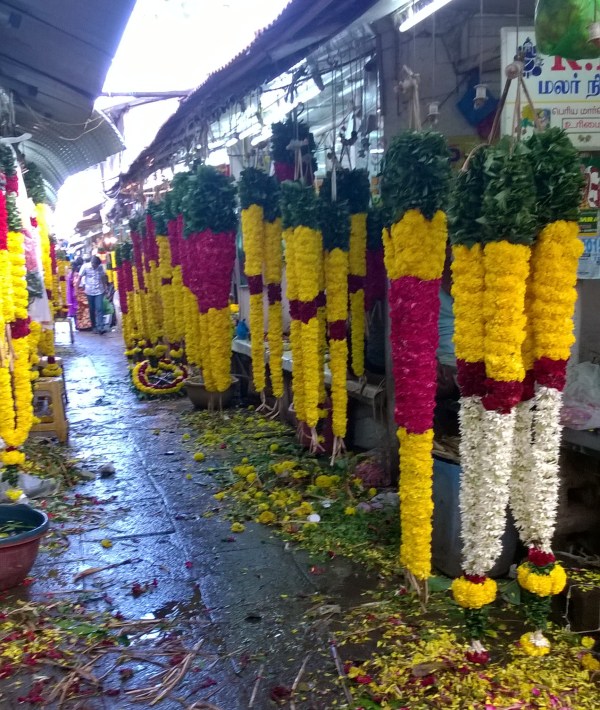 Vibrant colour Garlands at a flower stall at Pondicherry, India

This post is in response to The Daily Post’s weekly photo challenge: “Fresh.”

I had the opportunity view some of the exhibits at the “Sculpture by the sea” exhibition held at the Cottesloe beach, Perth, Western Australia.  It is an annual event  running for the past eleven years where the locals and international artists show case  their talents.

I have visited the shore for the first time on a midday.  Hope you will enjoy viewing the images. 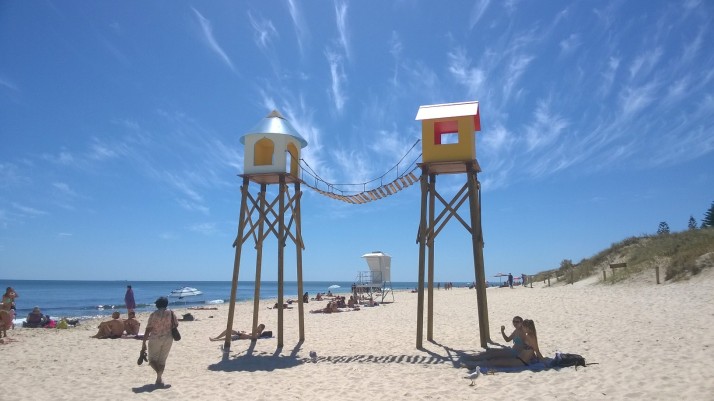 The above sculpture is  building  a bridge between two religions one singing “Hallelujah”  and  the other singing an Islamic prayer alternatively over the microphone. 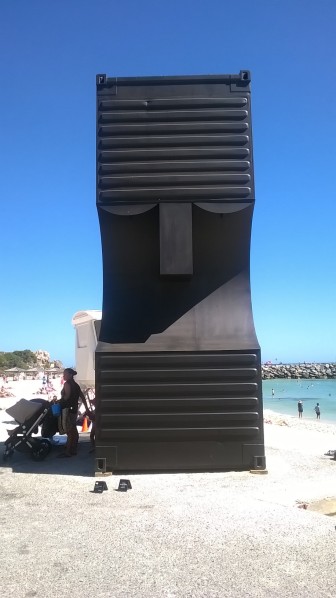 ‘Mr. Melancholy’ designed out of a shipping container Photo: saba-thambi 20/3/15 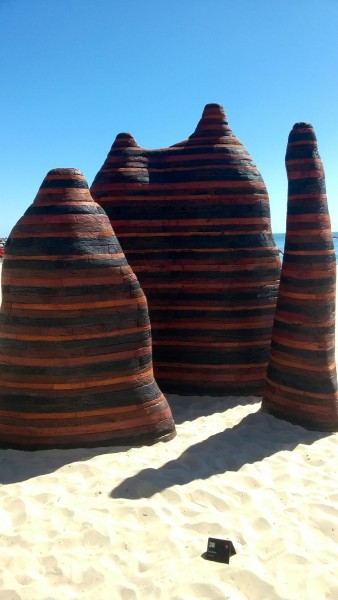 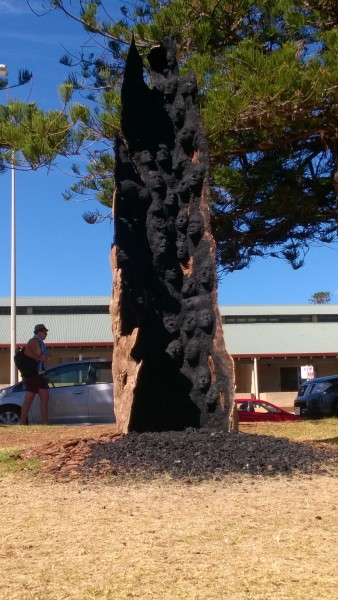 “Ashes to Ashes” by Kim Perrier 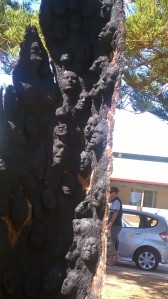 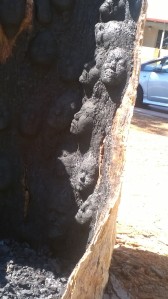 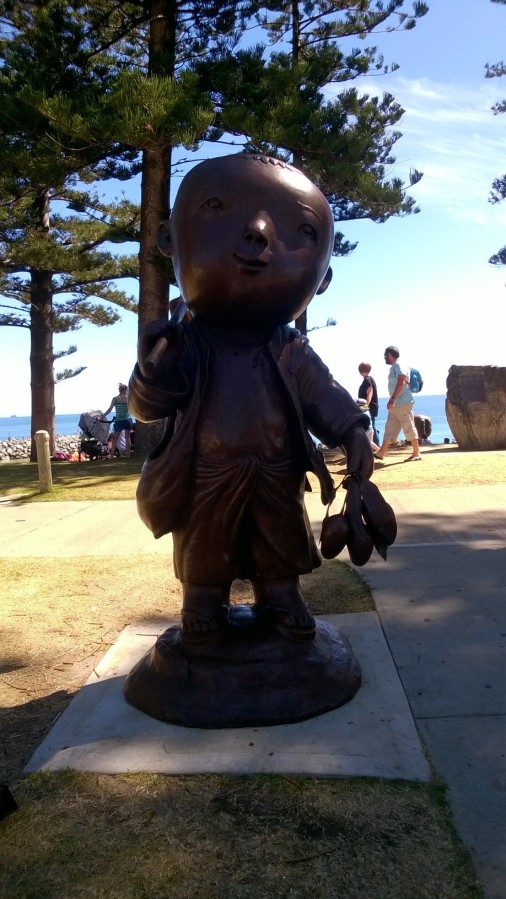 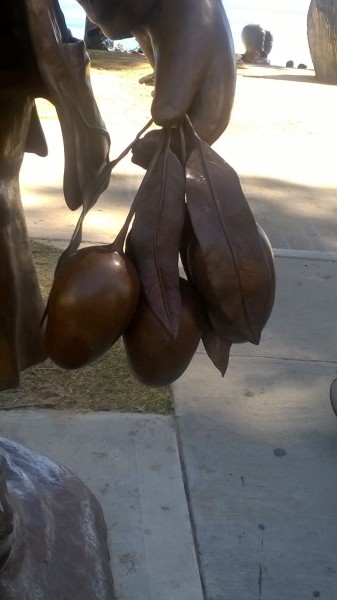 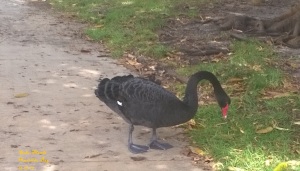 Technology has given us many labour saving, cost cutting devices, but it  has also interfered with our communication with each other.

Here is a new form of effective communication explained by a parent.