While surfing through the net, I came across this name on a obituaty website.

All in one word with 28 English alphbets.

If dissect the name, one will end up with at least 5 Tamil names.

However the trader from Northern Province of Jaffna, Sri Lanka has shorten his name to Sivapatham.

Just wondering how he managed to write his name on a passport form or on the online forms?

Believe  this is a response by a  student  which is shared via internet which is, of course, why we now have the pleasure of enjoying it as well:

Most of the students wrote proofs of their beliefs using Boyle’s Law (gas cools when it expands and heats when it is compressed) or some variant.

One student, however, wrote the following:

First, we need to know how the mass of Hell is changing in time. So we need to know the rate at which souls are moving into Hell and the rate at which they are leaving, which is unlikely. I think that we can safely assume that once a soul gets to Hell, it will not leave. Therefore, no souls are leaving. As for how many souls are entering Hell, let’s look at the different religions that exist in the world today.

Most of these religions state that if you are not a member of their religion, you will go to Hell. Since there is more than one of these religions and since people do not belong to more than one religion, we can project that all souls go to Hell. With birth and death rates as they are, we can expect the number of souls in Hell to increase exponentially. Now, we look at the rate of change of the volume in Hell because Boyle’s Law states that in order for the temperature and pressure in Hell to stay the same, the volume of Hell has to expand proportionately as souls are added.

1. If Hell is expanding at a slower rate than the rate at which souls enter Hell, then the temperature and pressure in Hell will increase until all Hell breaks loose.

2. If Hell is expanding at a rate faster than the increase of souls in Hell, then the temperature and pressure will drop until Hell freezes over.

So which is it?

If we accept the postulate given to me by Teresa during my Freshman year that, ‘It will be a cold day in Hell before I sleep with you,’ and take into account the fact that I slept with her last night, then number two must be true, and thus I am sure that Hell is exothermic and has already frozen over. The corollary of this theory is that since Hell has frozen over, it follows that it is not accepting any more souls and is therefore, extinct….. ….leaving only Heaven, thereby proving the existence of a divine being which explains why, last night, Teresa kept shouting ‘Oh my God.’

A little girl asked her mother, “Mum, may I take the dog for a walk around the block?”

“What’s that mean?” asked the child.

“Go ask your father, I think he’s in the garage.”

The little girl goes to the garage and says, “Dad, may I take Belle for a walk around the block? I asked Mum, but she said the dog was on heat, and to come to you.”

He took a rag, soaked it with petrol, and scrubbed the dog’s backside with it and said, “Okay, that should take care of that problem.

You can go now, but keep Belle on the leash and only go one time around the block.”

The little girl left, and returned a few minutes later but with no dog on the leash.

The little girl said, “She ran out of petrol about halfway around the block, so another dog is pushing her home. “

It is a lovely depiction of peace  if and if all the religions come together. the image is poached from a facebook page author- unknown.

Many faiths with one future

There were five houses of religion in a small town:

and The Jewish Synagogue.

Each church and house of prayer was overrun with pesky squirrels.
The Presbyterians called a meeting to decide what to do about the squirrels.After much prayer and consideration they determined that the squirrels were predestined to be there and they shouldn’t interfere with God’s divine will.

The Methodist Church got together and decided that they were not in a position to harm any of God’s creation.  So, they humanely trapped the Squirrels and set them free a few miles outside of town.

Three days later…,   the squirrels were back.

The Catholic Church came up with the best and most effective solution.

They baptised the squirrels and registered them as members of the church.
Now they only see them on their weddings, children’s baptism, Christmas and Easter.

The Jewish Synagogue reverted back to old tradition. They caught one squirrel and had a short service with him called circumcision and they haven’t seen a squirrel on the property since.

The above joke is via an e-mail

I called an old school friend and asked what was he doing.

He replied that he is working on,

“Aqua-thermal  treatment of ceramics, Aluminum and steel under a constrained environment”.

On further inquiring I  have learnt that he was washing dishes with hot water…..under his wife’s supervision.

I was astounded by his creativity  and the command of language!!!

(from one of the e-mail rounds)

I just couldn’t resist sharing this  joke during  US polling day :

A man died and went to Heaven.

As he stood in front of the Pearly Gates, he saw a huge wall of clocks
behind him.
He asked, “What are all those clocks for?”

St. Peter answered, “Those are Lie-Clocks. Everyone who has ever been
on earth has a Lie-Clock.
Every time you lie, the hands on your clock move.”

“And whose clock is that one?” 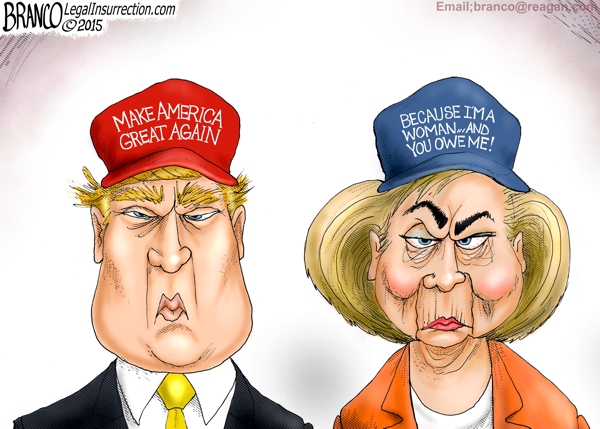 Tamil cinema-song played on a  South Indian classical wind instrument. This instrument referred as “Naatha swaram” made out of wood.

It is an  old article  about a youngster from Jaffna. Hope he reaches his endeavors in due course.

In all his music videos, T. Thuvarakan is a picture of concentration. Playing two keyboards simultaneously, his fingers deftly search for the right note, not missing them even on one occasion. A big fan of Tamil film music, the 21-year-old’s most recent videos are that of hit Kollywood songs, including ‘Thalli Pogathey’ (Achcham Enbadhu Madamaiyada), ‘Thangamey’ (Naanum Rowdy Dhaan) and ‘Aaluma Doluma’ (Vedalam).

What’s so special, you might ask. Thuvarakan is doing all this in his nondescript room at Jaffna, Sri Lanka, where he was born and lived through three civil wars — in 1995, 2000 and 2006. And, he can play a dozen instruments, including the mridangam, tabla, morsing, violin and guitar. “Jaffna is famous for its culture. But due to the conflict, musicians here do not have access to technology like our counterparts in the Indian film industry. Of late though, the signs are encouraging; people are trying to produce their own albums and short films,” he says.

His passion for music started when he was just three. His father, a singer, was his inspiration at that time. “I started listening to Tamil film songs in my childhood. My father, who is also my first music guru, taught me the popular ‘Kanne Kalaimaane’ song,” he recalls in an e-mail interview. Soon, Thuvarakan was enrolled for mridangam classes, an instrument in which he showed promise.

In 2012, even as he struggled with his studies, he formed a music band called Vaanavil. Consisting of 18 members, the band plays Carnatic, English, Tamil and Sinhala songs. The reach of the band might be restricted, but Thuvarakan seems to be making use of social media to get noticed. “In Jaffna, we have very less media support; they do not give priority to Tamil musicians,” he writes. “We are dependent on social media to reach our talent to the world. It also helps us get exposed to different styles of music.”

After finishing his Ordinary Level Exam, Thuvarakan got a chance to use social media to his advantage. His first independent release was a song he composed for his school cricket match. Buoyed by the appreciation he received, Thuvarakan did a cover version of the ‘Yaendi’ song from Puli and uploaded it. “I got a lot of positive feedback for that,” he says. Soon, he was working on other covers of songs from hit Tamil films. The youngster, who considers Ilaiyaraaja and A.R. Rahman, as his role models, dreams of becoming a composer in the Indian music industry someday. “I will finish my university education in four years and then shift to Chennai to make my dreams come true,” he says.

Check out his work at facebook.com/T.Thuvarakan